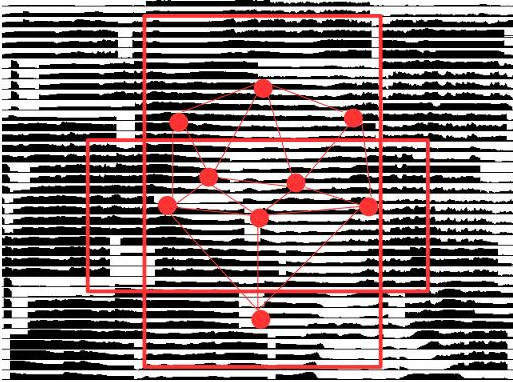 Joint statement: Call for an immediate halt to the use of biometric technology in the Tokyo Olympic and Paralympic Games

Joint Statement: Call for an immediate halt to the use of biometric technology in the Tokyo Olympic and Paralympic Games

We are against the introduction of exhaustive mass surveillance, whether by the government or the private sector. With this principle as a premise, we will focus our views below on the use of biometric technology, which raises particularly serious questions.

Our demands are as follows

The Tokyo Olympic and Paralympic Games Organizing Committee signed a Tokyo 2020 sponsorship agreement with NEC in 2015 in the field of biometrics and other technologies. At the time of the agreement, Yoshiro Mori, then chairman of the organizing committee, commented, “We hope that NEC will support the safety of the Games by introducing cutting-edge biometric authentication, behavior detection, and other security technologies.” This is the first time that facial recognition will be used in the Olympic and Paralympic Games, and NEC has announced that facial recognition will be used to verify the identities of about 300,000 Games personnel.

In addition, the security industry, including SECOM, which contracted with the organizing committee, established the Tokyo 2020 Olympic and Paralympic Games Security Joint Consortium. They will reportedly build an integrated monitoring system using surveillance cameras and AI, and establish a system to share information with police, firefighters, and emergency services in real time. SECOM already has a successful experience in the 2005 Tokyo Marathon, where it equipped security guards with wearable cameras and used AI to monitor the unusual behavior of the audience along the route. ALSOK, in collaboration with NTT, is conducting a demonstration experiment of “5G security”, in which 4K surveillance cameras are installed at the Tokyo Skytree to monitor the surrounding roads and the movement of cars using AI.

In addition, the Metropolitan Police Department has announced the comprehensive monitoring of the Tokyo waterfront area by balloons equipped with surveillance cameras. The system introduced by the MPD was developed for military use in foreign countries and is considered to be capable of being equipped with a biometric recognition system.

In addition to the introduction of biometric recognition in the existing immigration control, the Tokyo Olympic and Paralympic Games is becoming a showcase for the development of a surveillance society through GPS surveillance, biometric recognition, and AI technology. The issues of human rights and privacy violations have not been discussed at all. The Organizing Committee has refused to disclose the details of the use of facial recognition.

In view of the above situation, and for the following reasons, we oppose the introduction of biometric recognition systems, including face recognition.

In Japan, there are no effective regulations on the use of biometric technology. When the biometric data obtained is combined with GPS data and other behavior detection technologies, the severity of the invasion of personal privacy becomes even greater. With the rapid spread of infection occurring again, surveillance under the pretext of infection control could be further intensified. Moreover, the technology and rules for how the personal data collected will be shared and used by companies and the government remain unclear. It is true that under Japan’s Personal Information Protection Law, biometric data is considered personal information, but it does not require the consent of the individual to be obtained. Only when the information is to be provided to a third party, the consent of the individual is formally required. The right to control one’s own information has not been established. With regard to the Olympic and Paralympic Games, if a person refuses to give his or her consent, there is no choice but to give up participation in the Games or the coverage itself, which is in fact compulsory. It also remains unclear how these technologies are being used on participants in the movements against the Olympics and Paralympics.

Surveillance technology to be inherited in the post-Olympic era

The Olympic and Paralympic Games have always been a surveillance event.

There are already moves to halt the use of biometrics in many regions of the world, including US municipalities and the EU. In the US, the cities of San Francisco and Boston and the state of Maine have tightly regulated facial recognition technology, and this trend is spreading; in the EU, the European Data Protection Board (EDPB) and the European Data Protection Supervisor (EDPS) have called for a ban on biometric recognition technology in public spaces. In the United Nations, UNESCO and other organizations have made concrete moves to regulate AI. There are also growing movements on a global scale, led by privacy groups, to ban biometric technology itself.

In contrast, the current attitude of the Japanese government, the organizing committee, and the sponsors is clearly hostile to these trends. In fact, the Olympic Games may become a venue for business negotiations for the export of surveillance technology to developing countries, which may trigger the global proliferation of a surveillance society.

It is necessary to cancel the Olympic and Paralympic Games itself, which is inseparable from the formation of a surveillance society.

If you support this statement, please send it to the following address with the name of your organization and the words “Support statement against biometric technology”.